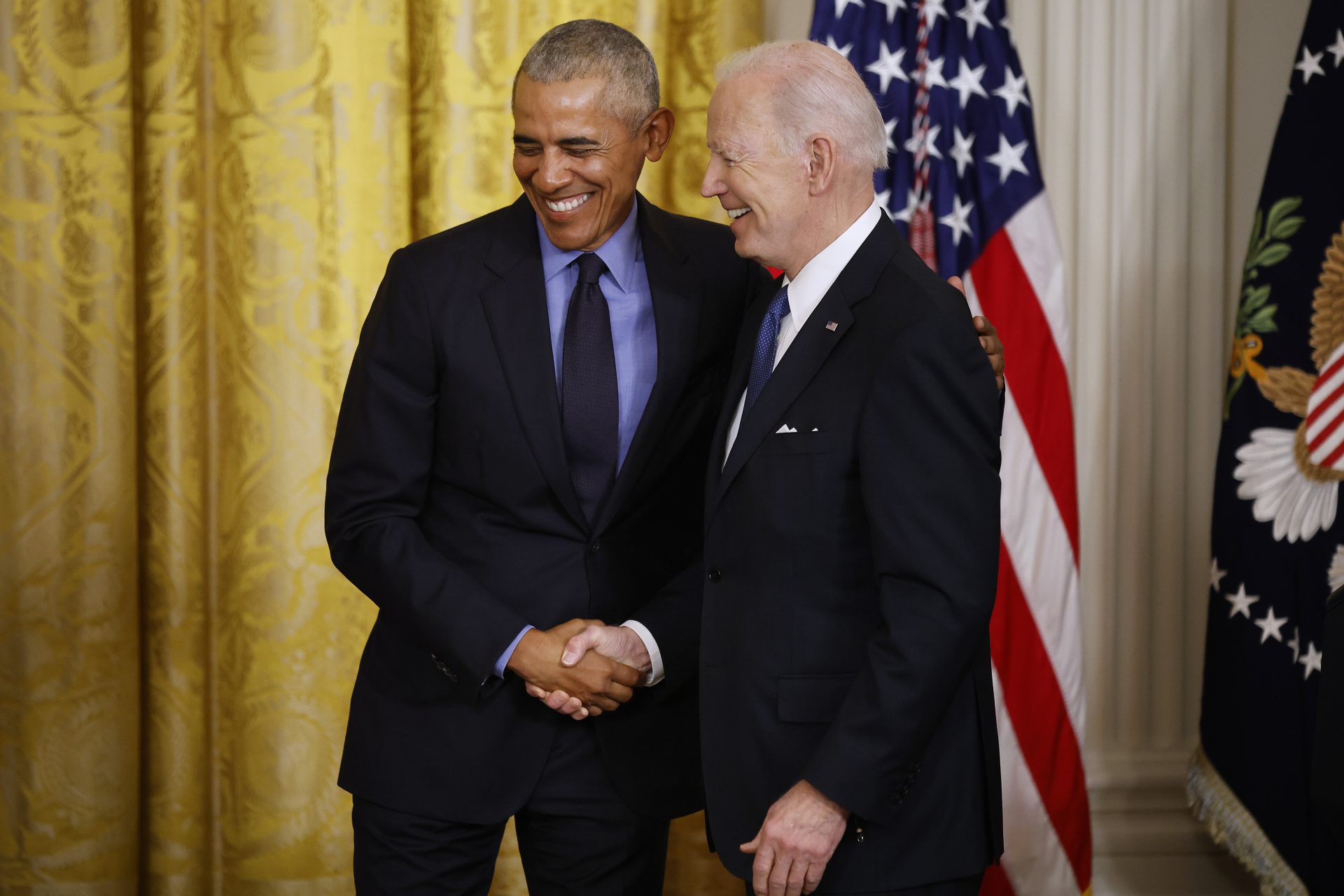 It has been five years since Barack Obama has been to the White House, but Tuesday marked his return as he joined President Joe Biden and Vice President Kamala Harris to celebrate the 12th anniversary of the signing of the Affordable Care Act and to discuss health care costs.

Former President, Barack Obama started off his speech by addressing Joe Biden as “Vice President.” The room was filled with laughter following his remark, and then he continued to say, “That was a joke,” as he walked over to embrace Joe. “That was all set up. My president, Joe Biden. Vice President Harris.”

He then proceeded to talk about the significance of signing the Affordable Care Act.

according to Deadlinehe said, “Despite great odds, Joe and I were determined, because we met too many people on the campaign trail who shared their stories, and our own families had been touched by illness.”

President Biden joined in on the joke when starting his remarks and said, “My name is Joe Biden and I’m Barack Obama’s vice president.” He then continued to say, “Welcome back to the White House, man. It feels like the good old days. Being here with you brings back so many good memories.”

“My name is Joe Biden and I’m Barack Obama’s vice president … it feels like the good old days” — Biden has jokes too pic.twitter.com/EFgWUGebi9