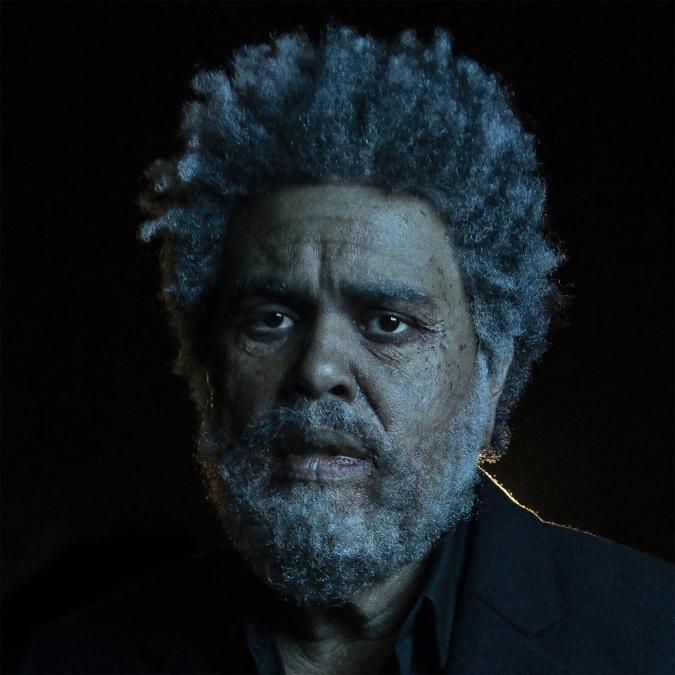 The Weeknd, whose real name is Abel Tesfaye, dropped the music video for “Out of Time” on Tuesday — and it captures everything you know and love from Dawn FM†

The music video, which features Jim Carrey — whose voice is on the track as a narrator — sees the “Save Your Tears” singer mesmerized by his love interest when he encounters her in a hotel elevator, though their one-night love story ultimately takes a turn for the worse.

RELATED: The Weeknd Wins Grammy for Feature on Kanye West Song Despite Boycott of Award Show

The Weeknd, 32, is seen singing karaoke in what appears to be a ballroom in the hotel, before HoYeon Jung, a South Korean model and actress who plays his love interest, joins him. As the pair sing the lyrics to “Out of Time” to each other, the video transitions to a montage of them dancing around and enjoying each other’s company.

Once the song is approaching its end, the star and the model appear to be walking back to a hotel room, before he realizes he’s “Out of Time” and a figure from what appears to be another universe appears. A bloody murder scene then speeds through the screen, perhaps indicating his death is near and he begins to see the light.

The narrator on the track (Carrey) then begins to speak as an old, creepy-looking hand grabs his shoulder, “You’re almost there, but don’t panic — there’s still more music to come before you’re completely engulfed in the blissful embrace of that little light you see in the distance.”

The Weeknd then wakes up in a hospital bed, looking at his hands which have aged significantly — as Carrey stares down at him with a magnifying glass. The video concludes with Carrey, 60, placing a mask on his face.

“Out of Time” is off of the star’s latest studio album, Dawn FMwhich he dropped in January.

In August, the star told GQ that the project is “the album I’ve always wanted to make” following the releases of After Hours† starboy and Beauty Behind the Madness†

“What makes any of my albums a successful album, especially this one, is me putting it out and getting excited to make the next one. So the excitement to make the next project means that this one was successful to me,” he told GQ† “I want to do this forever. And even if I start getting into different mediums and different types of expressions, music will be right there. I’m not going to step away from it.”

Aside from releasing the music video, Tuesday also marks the announcement that his songs “Blinding Lights” and “Starboy” are officially certified diamond by RIAA (The Recording Industry Association of America.) This makes The Weeknd only the sixth solo artist to reach three diamond digital single awards. His song “The Hills” was certified in 2020.

The star will also embark on his first-ever stadium tour in July, beginning in his hometown of Toronto. The tour will feature Doja Cat and will run through September before concluding in Los Angeles.

The music video for “Out of Time” is out now.