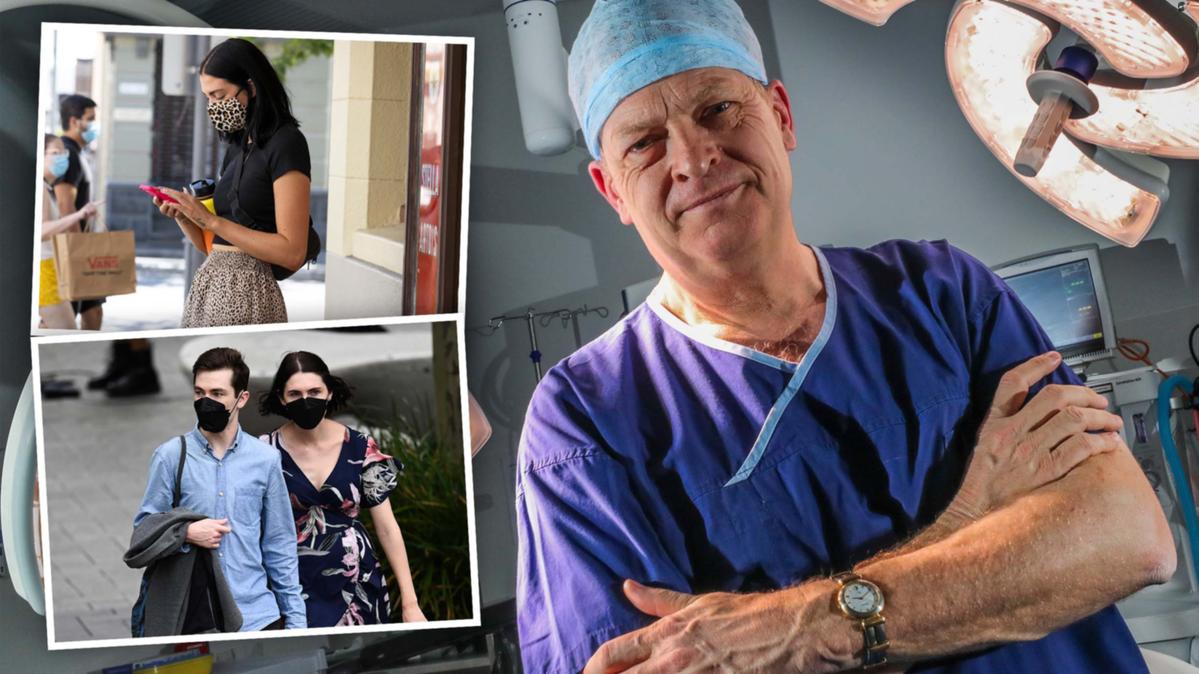 WA’s top medical body has warned against lifting the mask mandate too soon as new cases of COVID-19 once again climbed higher, warning another peak may come amid eased restrictions.

There were 227 cases in hospital as at 8pm on Saturday, with six of these in ICU.

That compares to 220 hospitalizations and seven ICU admissions the day prior.

Modeling shows roughly between 1800 and 2800 hospitalizations were expected between February 6 and April 10, but the actual figure was 751.

It also forecast between 198 and 327 ICU admissions over that same period, but the actual number was 28.

Thanks to those low numbers, a raft of restrictions were lifted on Thursday, including all limits on private outdoor and home gatherings, while the definition of close contacts was dramatically narrowed.

Both chief health officer Andy Robertson and Premier Mark McGowan then declared the State had passed the peak of the Omicron wave, reaching 9754 cases on March 29, just shy of the 10,000 cases that had been anticipated.

“That was a peak at Level 2 restrictions and as restrictions come off, there is the potential for there to be another upswing,” Dr Duncan-Smith told The West Australian.

“We’re seeing in Victoria and NSW a significant upsurge in new case numbers, and that is due to the BA.2 variant of Omicron and also the fact that they’re not wearing masks anymore.”

He said the State appeared to have fared well after last week’s easing of Level 1 restrictions – thanks to high vaccination rates – but had the benefit of fine autumn weather.

Dr Duncan-Smith expects case numbers will bounce around somewhere between 5000 and 8000 cases a day for a month or longer before declining again.

“There will be a prolonged period of reasonable case numbers and it’s not a time to become complacent,” he said.

Mr McGowan last week said mask mandates would be considered in coming weeks, but Mr Duncan-Smith says they shouldn’t be lifted “until we see the downside of the plateau phase”.

“We’re probably going to see the plateau phase well into May and I really would caution against reducing masks until we know that we’ve started on that downhill side,” he said.

He said he doubted masks would be needed all throughout winter but noted many people kept using them in areas where mandates had been removed.

“It just goes to show people do find them a reasonable thing to do and they are very effective at reducing the spread.”

Dr Duncan-Smith also said it was ludicrous to expect workers would flock back to the CBD once masks were made non-mandatory, saying hybrid working was a permanent change benefiting work-life-balance, productivity and the environment.

Since the pandemic began, WA has recorded almost 298,000 cases – 11 per cent of the State’s population.