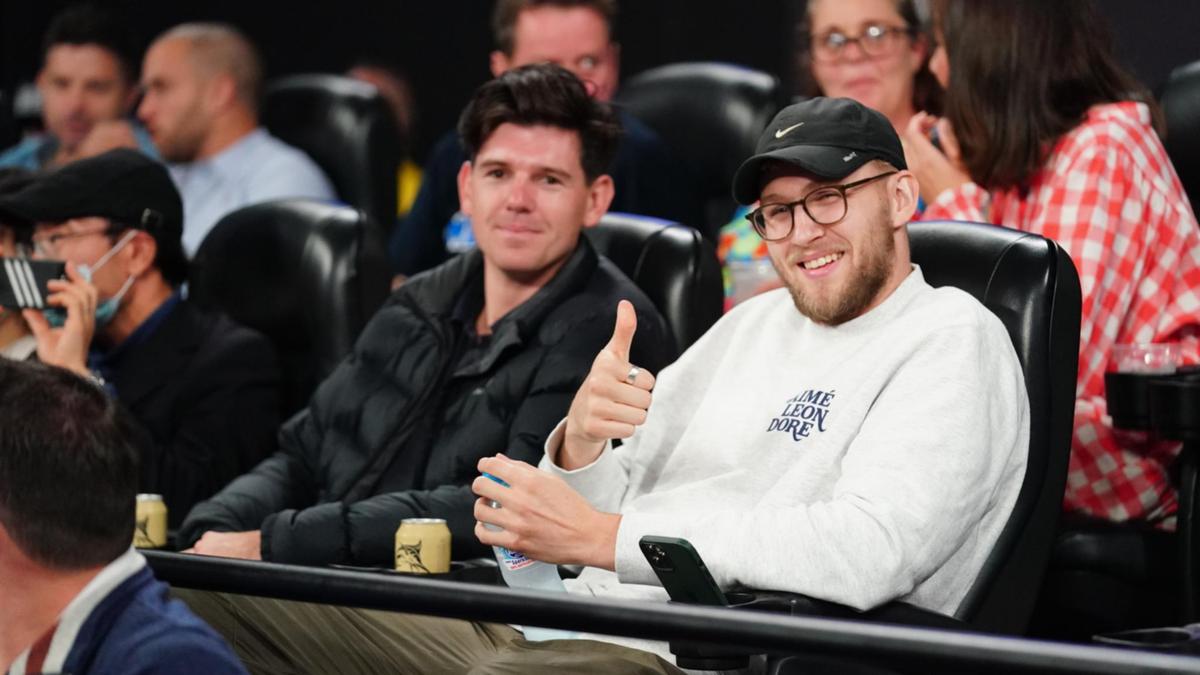 Chris Goulding is clearly ready for the NBL Finals to start.

United’s favorite son is in dynamic form as the champions tuned up with a 12-point win over the Cairns Taipans, effectively locking in top spot.

Two nights after burying a plucky Brisbane with a fourth-quarter stretch of eight points in 90 seconds, the NBL’s best shooter skewered the manful Taipans with an irresistible display of deep shooting.

The Roll’d free soldiers promotion for every three Goulding makes is going to get a workout on Tuesday.

Goulding said the club had ticked off one of its major goals of the season in securing home-court advantage for the finals.

“There’s a lot of things that come with getting home finals.

“We want to play in front of our home fans, we want to reward them for sticking with us.

“It’s now about doing what we need to do to put ourselves in the best position (to make sure) whenever that first home finals game is, we’re ready to roll.”

Early in the game, it could have been a carbon copy of the Thursday night clash with the Bullets as United lacked execution offensively and found foul trouble on both ends of the floor as the wheeling and dealing Taipans took it to them.

Jo Lual-Acuil Jr picked up two quick fouls in the second and he begged Dean Vickerman to challenge the first one. Replays on the John Cain Arena jumbotron revealed his coach probably should have listened. If the big man was playing in the AFL, he would have copped a 50m penalty for raising his arms in disbelief.

Athletic freak Ariel Hukporti replaced the MVP candidate and produced an incredible moment when he denied Taipan Keanu Pinder with a come-from-behind block. He then undid his brilliant defensive work by ploughing through Tahjere McCall on his way down the other end.

Things were just a little off for the champions as they fell behind by nine after two minutes of the second.

Whatever Vickerman said in the ensuing time-out worked because an energized United went on a 19-4 run — 10 of those to Goulding — quickly erasing the deficit. When Matthew Dellavedova drained a three on the halftime buzzer it was an 18-point turnaround in just eight minutes.

It was more of the same in the third, another eight from Goulding sprinkled with seven from Delly extending the lead to 15, before they held the Taipans off in the last.

United is now two games and percentage ahead of second-placed Sydney. The Kings have two games left — Cairns, then Illawarra — but would need to win both by around 150 points and hope United lose their last game against the JackJumpers in Tasmania.

“The goal of this club every year is to try to achieve that (finish on top),” Vickerman said.

“We got the opportunity to do that and CG, one of the best in the league at sensing moments where he just needs to give us a little bit more and he did that tonight.”

It was a rare quiet night for Lual Acuil Jr, who missed six of his eight shots for just seven points, but he did become just the fifth Melbourne United player to score 1000 points for the club, fittingly, on a big dunk in the third quarter. Only Goulding, teammate David Barlow and championship-winning guards Casper Ware and Mitch McCarron have achieved the mark.

Matched up on defensive monsters Shea Ili, Matthew Dellavedova and Caleb Agada at times, Ayre impressed, recording 20 points, 9 assists and just one turnover. He jawed with Goulding in the third and even raised three fingers to the crowd after draining one from deep. He’s got ticker.

Ili was rewarded for his good showing against Brisbane by keeping his spot in the starting line-up. Yudai Baba went back to the bench with Dellavedova recovered from the aid that had hampered him against the Bullets.

JOCK IN THE HOUSE

Boomers bronze medallist and San Antonio Spurs star Jock Landale only spent one year at United, but he’s part of the furniture. Back home after his NBA season was complete, the 2021 United championship center was greeted with a huge roar when his face popped up on the jumbotron. A good tribute to a key piece in the success of both club and country.

NO BUL, KUOL HAS THE RECORD

Taipan Bul Kuol came into the game needing two three pointers to eclipse the NBL rookie record held by legendary marksman Shane Heal. He pulled level with Hammer with his 57th of the season early in the second quarter. He grasped the record early in the last. It’s been a fine season for the 25-year-old and he’s been recognized by the players as their pick for best rising talent in News Corp’s exclusive poll. Running mate Keanu Pinder continued his strong finish to the season with 15 points and nine rebounds. He, too, got plenty of love from the players, finishing third in the vote for most improved.