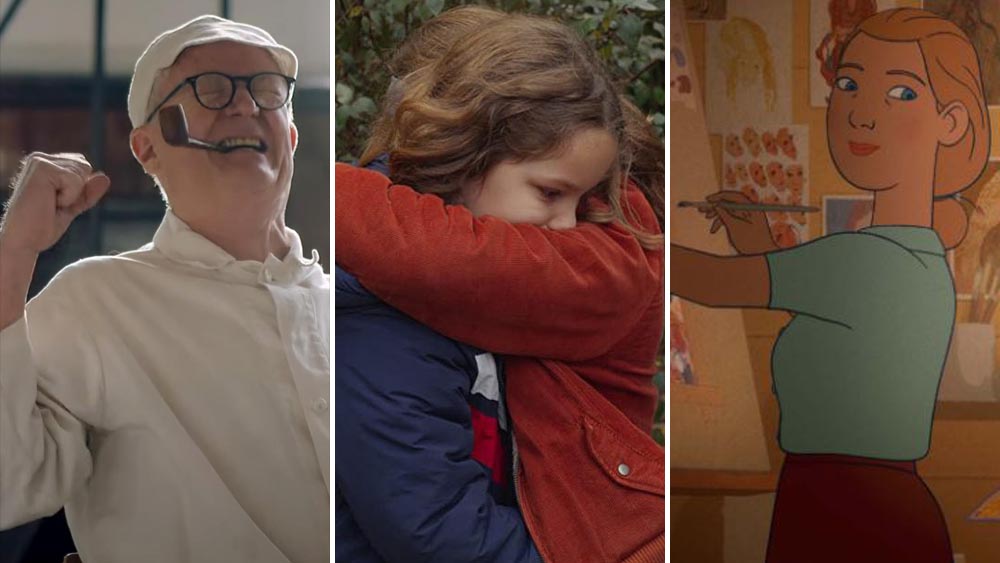 Younger demos are back when they like the pic, as per A24s Everything Everywhere All At Once† Families also, based on Sonic The Hedgehog 2† With CinemaCon opening Monday to set the theatrical table for the rest of 2022 and beyond, NATO chief John Fithian predicts the reluctance of the 35 to 40+ crowd is “definitely going to change.”

“I think the growth is going to come as much from smaller budget films as from blockbusters,” he tells Deadline ahead of the first full-blown confab of exhibitors, studios and indie distributors since Covid. Audiences that have stayed the most at home are “the most excited about coming back out,” he said.

The Duke with Jim Broadbent as a geriatric London taxi driver and art thief, leading into Focus Features’ Downton Abbey: A New Era on May 20 could be a swing factor. It’s key because older demos have been a core audience for prestige films and foreign language fare that give the theatrical ecosystem depth and breadth.

The Duke is directed by the late Roger Michell and starts in two NYC theaters before expanding. One, the Angelika, offers ticket buyers a free pass “to bring a friend back to the movies.” The film is based on the true story of Broadbent’s Kempton Bunton, who became the first person to successfully rip off the National Gallery in London, stealing Goya’s portrait of the Duke of Wellington in 1961 and saying he’d return if the government agreed to invest more in elder care. Helen Mirren plays his wife Dorothy. Written by Richard Bean and Clive Coleman.

Petite Maman is the study of an intense, brief friendship between two eight-year-old girls, played by sisters Joséphine Sanz and Gabrielle Sanz. Written and directed by Céline Sciamma, the French filmmaker behind 2019’s award-winning pic Portrait of a Lady on Fire, it premiered at the 2021 Berlin Film Festival. Deadline review here.

Animated drama Charlotte is the true story of Charlotte Salomon, a young German-Jewish painter who comes of age in Berlin on the eve of the Second World War and is forced to flee Berlin to the South of France and more troubles. With Keira Knightley voicing Charlotte. Directed by Eric Warin and Tahir Rana. Written by Erik Rutherford, David Bemzogis. In five theatres, expanding thereafter. Premiered at TIFF in 2021.

Game Theory presents The White Fortress† Bosnia and Herzegovina’s official Oscar selection for 2021. The Canada/Bosnia co-production written and directed by Igor Drljača had its World Premiere at the Berlin International Film Festival in the Generation 14plus section. It stars Pavle Čemerkić as Faruk, an orphan who meets a timid teen girl (Sumeja Dardagan) from an affluent family.

Pantelion presents Y Como Es El? in 325 locations, a love triangle comedy by Argentine director Ariel Winograd. Jero (Omar Chaparro), a taxi driver and businessman is the lover of Marcia (Zuria Vega), who is married to Tomás (Mauricio Ochmann). Tomás sets out for revenge but ends up on a road trip with his nemesis.

Naked Truth (Bay Ngot Ngao), from 3888 Films, opens in over 50 theaters nationally, one of the widest opening weekends in the US for a Vietnamese film. The directorial debut of Đinh Hà Uyên Thư, it’s a spin-off of a popular Vietnamese sitcom about four close friends determined to escape singledom.

for earth day, The Revolution Generation from Greenwich Entertainment, at the Village East in NYC and Monica Film Center in LA. Directed by Josh Tickell and Rebecca Tickell, it’s an exploration of the world-changing environmental and political activism and potential of the largest youth generation in history working to revolutionize systems that have failed them. Featuring Michelle Rodriguez, Shailene Woodley, Corbin Bleu.

Oscilloscope Laboratories presents Stanleyville in one-week exclusive engagement at NYC’s Metrograph with an additional rollout planned. The black comedy stars Susanne Wuest, who walks away from her a boring job, inept husband and obnoxious daughter and into a bizarre and dangerous adventure. Directed by Maxwell McCabe-Lokos.

Screen Media presents 9 bullets, written and directed by Gigi Gaston. With Lena Headey as a former burlesque dancer turned author who risk all to rescue her young neighbor after he witnesses his parents murder. On the run from the local crime boss (Sam Worthington), who happens to be her longtime ex, she makes a desperate attempt to get the boy to safety.