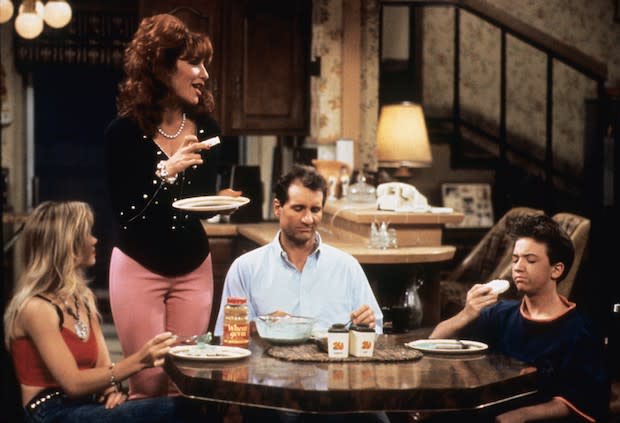 Time for Al Bundy to put in another shift at the shoe store.

a Married… With Children revival is in the works, our sister site Deadline reports, but the Bundy family will look a little different this time around.

Original cast members Ed O’Neill, Katey Sagal, Christina Applegate and David Faustino all are involved in the new iteration of the Fox sitcom — but the revival will be animated.

Alex Carter (Family Guy) would serve as writer and showrunner. No network or streamer is yet attached to the potential series.

Married… With Children ran for 11 seasons on Fox, from 1987 to 1997. In 2014, a spinoff centered on Faustino’s Bud was in development; that project would have found a divorced Bud moving back to his childhood home, which his parents vacated after they won the lottery and moved to Las Vegas. That concept did not go very far, however.

Fans of the original series will remember that it did spawn a spin-off: the short-lived Top of the Heapfeaturing future friends star Matt LeBlanc, which ran for several episodes in 1991.

Would you watch an animated Married… With Children revival? And can you kinda hear Frank Sinatra’s “Love and Marriage” in your head as you read this? Hit the comments and let us know!